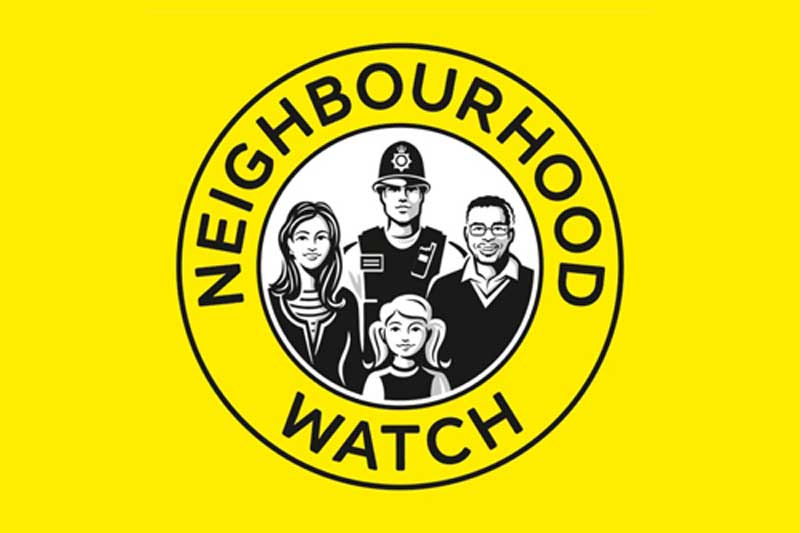 Clifton Neighbourhood Watch has been running for over thirty years and has been very successful in promoting a safer neighbourhood and helping the police to solve local crimes. Sadly, in recent times, and perhaps due to the relatively low crime rate in Clifton, it has become rather passive. However, there have been changes at national level and there is a re-launch of Neighbourhood Watch (NHW) within Rugby. Clifton NHW is following this lead and is being revitalised under the current chairmanship.

There will be regular updates on specific crimes, trends, and initiatives being taken by Clifton NHW in conjunction with the police. Local events will be held for property marking and residents will be given the opportunity to record the speed of vehicles driving through the village using the police speed gun and reporting them to the police for further action.

There were zero crimes reported in Clifton during the previous four week period. Speeding traffic in Clifton is currently a priority for the police.

Protect Yourself from Bogus Websites

Fraudsters are setting up high specification websites advertising various electrical goods and domestic appliances. These goods are below market value and do not exist. The website will state you can pay via card; however when the purchaser goes to pay, this option is not available and the payment must be made via bank transfer.

If you, or anyone you know, have been affected by this fraud or any other scam, report it to Action Fraud by calling 0300 123 2040 or visiting www.actionfraud.police.uk.

Warwickshire residents who have been the victim of rogue traders and cowboy builders in the past are warned to beware of visits from bogus Warwickshire Trading Standards Officers.

A householder living on the Coventry/Warwickshire border who had previously been the victim of rogue roofers was approached on her doorstep by a man who falsely claimed to be a Trading Standards Officer. The man showed the householder a false ID badge with a photo on it.

The caller stated that the the rogue traders who had carried out the ‘roofing’ work were now in court being prosecuted. He then said that the householder would be awarded compensation but before this could happen, he needed to make a report/survey which would involve the hiring of equipment costing £5000. The resident was asked to pay this ‘cost’.

The resident did not pay any money.

After the visit, the householder received a phone call from another person again falsely claiming to be a Warwickshire Trading Standards Officer. The bogus caller claimed that the resident was holding up the case by not paying the £5000 and became aggressive! The resident put the phone down.

Warwickshire Trading Standards Service are highly unlikely to visit a consumer’s home unless they have already been asked to by the consumer or a trusted friend or relative.

Warwickshire Trading Standards will NEVER ask a consumer for money.

Consumers should always ask for identification and if in any doubt, phone Warwickshire Trading Standards on a publicly listed telephone number to verify an individual’s identity.

If in doubt, keep your door closed and call the Police

This is the third report of a bogus Trading Standards Officer this year.

‍So did anyone else get someone from a Prisoner Release Programme knock on their door this evening, selling stuff for car, home and garden? Just being extra vigilant in terms of recent burglaries in the area. He made specific reference to the fact that he ‘honestly wasn’t scouting the place out for burglaries’!!

This was reported to the police who attended and dealt with the people involved.

After months, if not years, of a single figure crime rate in Clifton the number of crimes committed in Clifton has shot up. In North Road there have been two burglaries, an attempted burglary, a break in to a vehicle and a suspicious circumstance involving a male. In South Road there have been two cases of criminal damage and a theft. Vicarage Hill has experienced two burglaries. There has been a burglary in Hillmorton Lane and in Lilbourne Road several doves have been shot and killed. If you have any information about these crimes please contact the police on 01926 415000 or 101.

‍Clifton also has its own Community Speed Watch team; a team of Clifton residents who have been trained by the police and are running speed checks at various locations in the village. The team has checked the speed of well over 1,000 vehicles in Clifton, and cars have been reported for speeding in Lilbourne Road and Rugby Road; checks in other locations did not identify any speeding traffic.

In Lilbourne Road of around 300 vehicles checked only a couple were exceeding the speed limit. However, Rugby Road is a big concern with between 5% and 10% of motorists speeding, with a couple doing around 40 mph and one 52mph. The speed gun has a very long range and the driver who was clocked at 52 mph thought he knew better. He was speeding up vicarage hill, slowed down to below 30 as he passed the team doing the speed check and then accelerated to 52 mph as he approached the school.

The details of the speeding vehicles are given to the police who check the vehicle details on their database and take appropriate action which could be a warning letter, a fine, points on the driving licence etc.

If you would like to do something about speeding traffic in Clifton please contact Steve Woodford on 01788 561996 and he can arrange training to use the speed gun, six people required.

‍Fraud is a growing crime and at present there is a trend for people in cities to use a postal address in Clifton to obtain vehicle insurance; by doing this they obtain a lower quote. If you receive a letter addressed to someone not living in your house tell the insurance company that it is not for you and advise the police on 01926 415000 or 101.

Fraudsters are still phoning people claiming to be their bank, police etc. They say your credit/debit card has been used fraudulently and ask for the details on the card. They sometimes arrange a visit to collect the card. They will often suggest you phone your bank to check, but as they called you they can hold the line open so whatever number you dial you will end up back with the fraudsters who pretend to be your bank etc. Banks, police etc. will not contact you and ask for your card details. If in doubt call your bank or police using a different phone e.g. your mobile. The national reporting centre for fraud is 0300 123 2040.

All households in thevillage are covered by Clifton NHW so there is no need to apply for membership.However, if you would like to know more or take an active part in Clifton NHWplease contact Steve Woodford

The Mobile Police Station has been suspended.