A HOUSING developer has been fined £5,000  after trees protected by a Tree Preservation Order were cut down in  Clifton-upon-Dunsmore.
‍

Rugby Borough Council granted outline planning permission to build homes on  land off Buckwell Lane in 2016 and in 2018, after purchasing the site,  developer Patrick Hutchinson submitted a 'reserved matters' application  for the development's appearance, scale and layout.

During consultations on the application for outline permission, the council's  arboricultural officer had raised concerns over the potential impact of  development on a number of trees on the site, including four ash trees and a  pair of cherry trees.

The officer placed a Tree Preservation Order (TPO) on the six trees, making  it an offence to cut down, uproot, lop or top the trees without permission.

When Mr Hutchinson's reserved matters application was received,  the council's arboricultural officer raised objections to the proposed  layout and its potential impact on the protected trees.

A revised application was submitted to the council on the 8 March 2021 and  published for consultation a week later.

But the day after the revised application was submitted, the council received  an email from Clifton-upon-Dunsmore Parish Council reporting a number of  trees on the site had been cut down, while maintenance work on other trees  had been carried out.

During a visit to the site, the arboricultural officer discovered two  protected ash trees had been cut down and a further ash, together with a pair  of cherry trees, had been damaged while being lopped and topped.

None of the work had been authorised by the council.

At Coventry Magistrates Court on Wednesday (17 November), Mr Hutchinson  pleaded guilty to five breaches of the TPO, an offence under the Town and  Country Planning Act 1990.

In mitigation, Hutchinson admitted he had "jumped the gun",  mistaking discussions between the council and his tree consultant as consent  to carry out the work.

He pledged to replace the trees during landscaping work on the two detached  home development.

Magistrates fined Hutchinson a total of £5,000 - £1,000 for each protected  tree which was felled or damaged.

Hutchinson, of Gumley Road, Theddingworth, was also ordered to pay the  council's costs of £799.50 and a £190 victim surcharge.
‍

Speaking after the hearing, Cllr Jill Simpson-Vince, Rugby Borough Council  portfolio holder for growth and investment, said: "Even basic  maintenance of a protected tree requires prior permission from the council  and claiming ignorance of a TPO's existence or the extent of the order's  protection offers no defence in the eyes of the law.

"Whether a mistake or otherwise, breaching a TPO can result in a  significant fine, so I'd encourage anyone considering carrying out work on a  tree to contact the council first for advice."

External links are selected and reviewed when an article is published. However, Clifton-upon-Dunsmore Parish Council is not responsible for the content of external websites or the continued functionality of any hyperlinks within our articles. 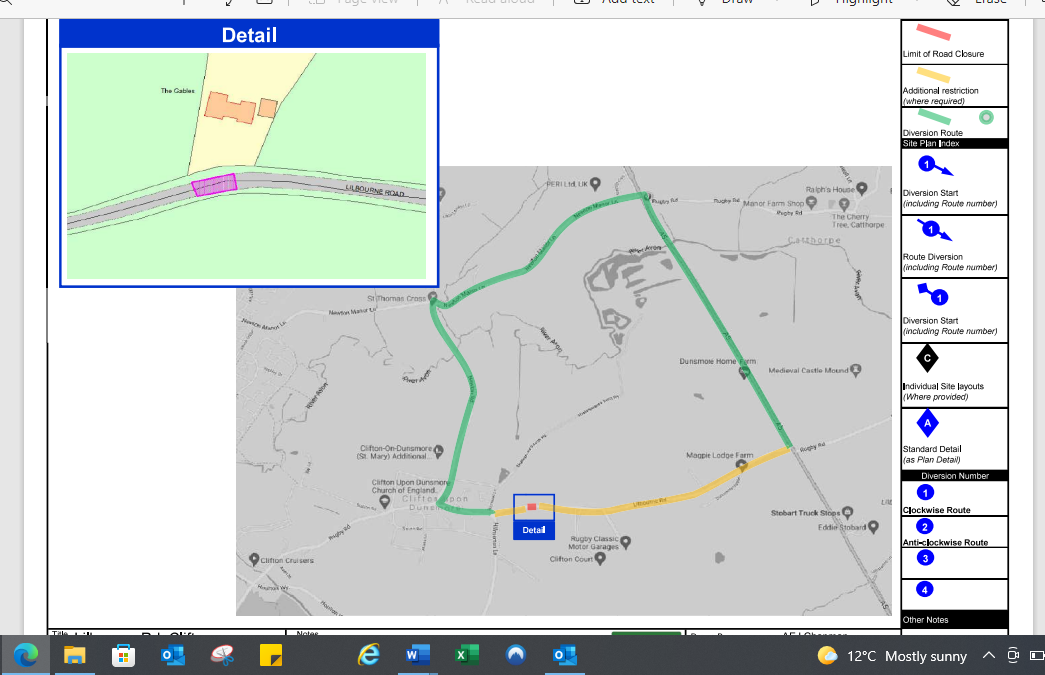